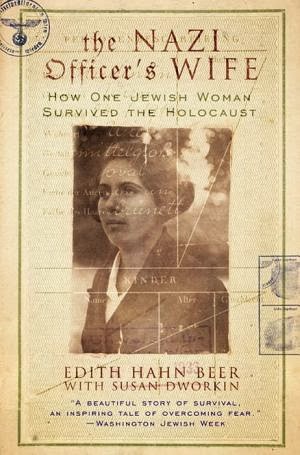 Sometimes one needs to read a book that hurts. It helps you to remember to be vigilant so you can be a voice of protest in the present when you witness prejudice, meanness, and injustice. This is such a book. This autobiography by Edith Hahn Beer is very good even if it does make your hair stand on end and your heart ache.

What makes this Holocaust survivor book different is that this educated and outspoken Viennese Jewish woman was forced to hide from Nazi attention, becoming what is referred to as a “U-boat” or a person hiding in plain sight. After being forced into a ghetto and then to a work camp she returned to Vienna to find her family and friends deported or in concentration camps. At first she went underground but finding it too hard to survive she was able to use forged papers from a friend to start a new life in Munich. She married a Nazi Party member, Werner Vetter, held down a job, and bore a child but lived every day with the paralyzing fear of being found out. Edith lost herself during that time. Werner married a complete person that in reality didn't even exist. It came as no surprise that after the war he was not happy with the real person, lawyer, judge who was no longer home cooking and cleaning and being the hausfrau he wanted.

Hahn Beer began her story in the midst of the war, at her job for the Red Cross in a hospital for foreign war criminals where she witnessed a nurse smuggling food to patients and homeless Jews. This is to set the reader up for understanding that there were acts by ordinary citizens trying to deliver mercy during merciless times. She had assumed an alias, was pretending to be an uneducated farm girl and 21 when she was in actuality 29 and highly educated. The next chapter takes the reader back to her happy adolescence and progresses through to when the Nazis have taken over her world and she is denied the opportunity to take her last final to complete her law degree, through her years as a “U-boat” and finally to the present. The construction of the book works well to tell her story. Hahn Beer is never over sentimental, not exceedingly graphic, nor maudlin but her story is clear and heartbreaking. She makes it quite plain that the reader should face facts, the German people did know what was going on, the Christian church did nothing to help and indeed sanctioned the movement, and yet there were and are good people who did and will always step up.

Thank goodness Edith's long time friend and lover Pepi preserved their correspondence and her identity papers enabling her to reclaim her personage after the war and also helping her to reconstruct her experiences decades later. Unfortunately post war Austria under the Soviet occupation was not good. After her marriage to Vetter fell apart Hahn Beer fled to Britain and later to Israel. She died in 2009.


This book is a gem. It is the only one I have read about “U-boat” people. Once I picked it up I couldn't put it down. Knowing it was true at times nearly made my heart stop. In the thirties when Edith and her friends were in college their perspective of Hilter and his ilk were that he/they were idiots and ranters, not real thinkers, and not to be taken seriously soon to be gone. One friend commented that, “There might be a time when people would no longer know the difference.” That conversation brought goosebumps to my arms. Not only for them because that is what happened, but for us as I am afraid that those times may have come today to America. There seem today to be many idiots ranting on the TV and on the radio who are not “wise thinkers” at all, and many today don't seem to know the difference - indeed.
Posted by Rebecca at 6:31 PM